What If White Dominant Culture Was Covered in School? 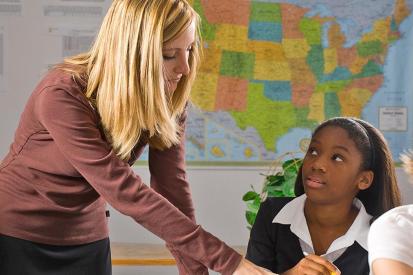 Did your elementary school ever celebrate those “culture days” where kids were encouraged to dress up in some native costume, do traditional dances, sing traditional songs, and eat foods associated with a given culture? Maybe this is a 90s artifact, but I read something recently that mentioned them and cringed remembering my own school days. I used to love learning words of a foreign language and trying new foods, but I was never encouraged to consider the implications of those days that painted other cultures as strange and foreign. It certainly never occurred to me, as a white kid, whether the children who were from those cultures wanted to experience a day where they were so visibly othered, asked questions they might not have known the answers to or might not have wanted to answer for inquisitive white kids and teachers.

What if, instead of these awkward “culture days,” schools actually covered white dominant culture as a topic? Never in my school days was white culture acknowledged with any specificity, it was just background noise. But I now know that there’s plenty that could be covered, if schools wanted to be thorough. I’m not sure that it would necessarily be possible to avoid children of color and immigrant children again feeling othered in this unit, but with training it might be possible for teachers to normalize discussion of whiteness as something to consider, and to frame culture as something we all have. If such a unit were offered alongside history and literature lessons that fully incorporated cultures outside North America and Europe, I’d imagine that white kids would grow up to both be much more conscious of their privilege and much less freaked out when discussing race. And maybe kids of color would get to avoid at least a few of the awkward moments.