← Attention White Queers: The As in Anti-Racism Don’t Stand for Ally, Either
Mental Health Is Messy and Variable, But Still Important →

How Do You Determine What Polysaturated Means for You? 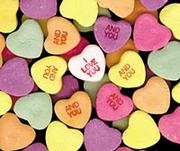 So, readers, I’ve gone through a lot of relationship changes in 2015, and thus a lot of personal introspection. My local partner (I’ll call her the QA, as I do on Twitter) joked just the other day when I was trying to figure out some things about my own sexuality, “you should probably take your own Workshopping Your Sexual Orientation class.” And it’s true—do as I say, not as I do. But of course, deciding what one wants out of romantic (or any other kind) of relationship takes time in practice, and also changes over time. Personally, I’ve realized that what I want in a relationship has fundamentally changed, particularly in the last 6-9 years or so, and I thought a little post about how I’ve been thinking about these things might be helpful for others, particularly other poly folks. (And if you think your community group, conference, etc. could benefit on a class that helps participants clarify their thinking around this topics, just shoot me a line.)

First, the relationship changes, and a little bit of backstory. When 2015 started, I was dating 5 partners. That number has, over the course of the year, dropped down to 2. But almost more significantly, I think, I’ve been able to better identify what I actually want in my romantic relationships, and am now trying to figure out (approximately) what number of relationships might be ideal given the limited time and resources all poly people complain about. The short version of my changing perspective on relationships is that I spent quite a while being very protective of my independence and my practice of solo polyamory. Over time, and particularly having spent nearly a year and a half in a serious relationship with a local partner, I’ve discovered that over time this style of poly made me very resistant to identify things I might want outside of that framework, and has made it a bit tough to ask for what I want in some spheres. I also realized that many of my relationships were more akin to close friendships—that while I’d previously really liked being in relationships where we spent very little time together, so I could focus on work and other priorities, as I was growing to really enjoy a relationship with regular date nights and frequently communication I was also growing to admit that I needed more space in my life for relationships like this. Psychologically, being with someone in a named romantic relationship is meaningful to me, and takes up space on my poly dance card even if we’re not spending much time together. In other words, what I need from a named romantic relationship has really changed. I’m grateful to one of my previous partners for initiating a breakup that helped me realize this, and to the others for being super understanding about my desire to reframe and rename.

So, now that your caught up, the question I’m really working on right now is what it is I need out of romantic relationships in particular, as compared with other kinds of relationships, and what it means to me to be “polysaturated” (a term I like that essentially means your relationship dance card is full). For me, poly is an identity, not just a practice, and while I would still be poly if I were only dating one person, I know that I’m happiest with more than one partner. I also have a vague sense that I’m not feeling totally “full” in my current relationship dynamics. But at the same time, there’s that old friend, time.

When you decide that you want more out of relationships in general, you also have to carve out more time to explore that.

Bleurgh. The fact is, where I am right now with division of time actually works quite well. I see my local partner about once a week, and I’m able to complete my 50-hour work week as well as have some “me time” and occasionally socialize with other friends or just hang out with my roommate. While there are specific things that I would like to get out of another relationship in a hypothetical world, and I can even name those confidently, I’m not sure I have the space for the kind of fairly intense additional relationship I’d like. Lately, I’ve been wondering if a more limited relationship model (other than the named romantic partnership) could be a way to meet those needs, and if long distance might even be a positive thing. I want to honor my disabilities and my spoons and need for introvert time in equal measure with my relationship needs. Sometimes it’s way easier to find time for a sexy email (particularly when your preferred communication style is textual) than to carve out an entire evening for a date.

I’m planning to sit with this for a bit, focus on my existing relationships, and see what bubbles to the surface. But I’m curious what other poly folks have come up when considering these questions in their lives — what does “polysaturated” look like for you?

← Attention White Queers: The As in Anti-Racism Don’t Stand for Ally, Either
Mental Health Is Messy and Variable, But Still Important →